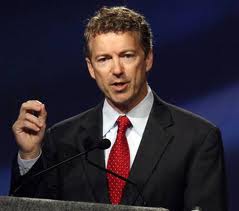 As lawmakers this week look over a provision that would turn the United States in a warzone and allow the military to detain Americans indefinitely, Senator Rand Paul (R-Kentucky) is trying to tackle the text by offering an amendment of his own.

A provision to the National Defense Authorization Act going before the Senate today would turn America into a “battlefield,” says supporter Sen. Lindsey Graham (R-South Carolina.), and would allow the president of the United States the power to detain citizens domestically without trial, allowing the US military to act as law enforcement over their own civilians.

In response, Paul, son of libertarian icon and Republican presidential hopeful Ron Paul, is proposing an amendment that would strike that provision of the legislation, Section 1031, right off the bill.

When RT reported on the story yesterday, we noted that Colorado Senator Mark Udall had offered an amendment of his own which would require Congress to consider whether any detention legislation would be legal. Paul, rather, is trying to bypass that determination and instead strike Section 1031 off completely.

“Section 1031 essentially repeals the Posse Comitatus Act of 1878 by authorizing the US military to perform law enforcement functions on American soil,” writes Udall. “That alone should alarm my colleagues on both sides of the aisle, but there are other problems with these provisions that must be resolved.”